Switching to iPhone 12 – Should WhatsApp users be worried? 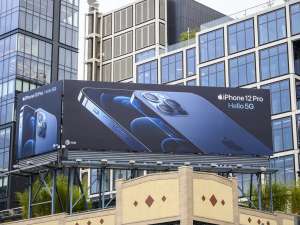 If you are a WhatsApp user planning on purchasing one of the newly released touchscreen-based smartphones by Apple, you may be up for a lousy privacy surprise. Transferring WhatsApp messages to your new iPhone 12 will likely compromise WhatApp’s most important feature – the end-to-end messages encryption. Even though both apps, Messages and WhatsApp, are owned by Facebook, when it comes to Apple, the message security differs significantly. But how come the two most popular messaging applications in the world, and owned by the same company, can vary so much?

WhatsApp is actively encouraging its Apple users to backup the chat history and media to iCloud should consumers want to make sure they don’t lose any valuable data in the event of losing a smartphone or simply switching to a new one. However, by transferring all WhatsApp data to Apple’s iCloud servers, users are unintentionally providing them with a key to the data. In this case, Apple will be forced to share WhatsApp messages with the authorities who request access to those files.

The difference between the Messages app and WhatsApp is that with the first one, you are getting end-to-end encryption even when backing up using the iCloud, while with WhatsApp, you are voluntarily sharing all your information with Apple, and essentially nullifying WhatsApp’s end-to-end encryption.

Apple is actively working on providing the same option to WhatsApp users, but it is unlikely that this will happen soon. However, the shipping of the first devices from the iPhone 12 series has already begun. So users are left in a pickle as they only have three options to securely store the WhatsApp messages – to either keep them on the original handset until Apple releases an update, to use offline message transfer options, or to store them on a Mac or PC and restore them to the new iPhone 12 directly from there. However, WhatsApp does not endorse any of these alternatives as they may not be as secure either and may lead to possible data loss.

Suppose you are a WhatsApp user who wants to keep the messages history, and you’ve planned on purchasing one of the new shiny devices by Apple. In that case, you may want to hold off until Apple builds an update, or you can risk it out by using an alternative way to transfer your old WhatsApp messages to your new device. Whatever you decide, make sure that you have trusted antivirus protection on your new device. Spending thousands of dollars to upgrade the whole family with the new iPhone 12 series devices is a significant expense, and those valuable smartphones must be protected – your wallet will thank you later.

The post Switching to iPhone 12 – Should WhatsApp users be worried? appeared first on Panda Security Mediacenter.