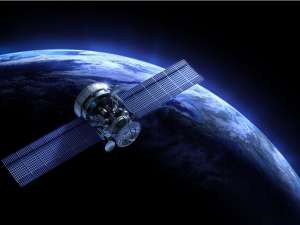 A new internet provider might be coming to town sooner than later. SpaceX’s Starlink is expanding the number of internet satellites orbiting around the Earth and aims to become a relatively inexpensive satellite internet provider. As a start, Starlink wants to give a better internet solution to the people living in rural areas in North America.

Starlink’s product development began in 2015. Since its inception, the company has been developing a new generation of large constellations orbiting in low-Earth orbit (LEO), hoping to provide accessible low-latency, high bandwidth (broadband) internet service. Elon Musk believes that only a few years from now, the company will offer a near-global service.

SpaceX already has permission to put up to 12,000 satellites in orbit and has requested approval to increase that number to 30,000. While SpaceX is currently sending only sixty satellites at a time and has a little less than 1000 satellites in orbit, Elon Musk hopes that the new Starship rocket will have the capability to put 400 satellites into orbit at once. This would make it much easier for them to deploy more satellites and achieve the desired global coverage.

The ambitious plans of Tesla’s founder have been met with mixed feelings by people from various industries. Astronomers have been ringing the bell of the possible light pollution caused by the tens of thousands of satellites planned to be deployed by SpaceX. Members of the telecom and television provider industries also reacted angrily as Starlink’s operations will likely negatively interfere with their services. Scientists and researchers also expressed disagreement with FCC’s decisions as the Starlink satellites might end up causing cascades of space debris that will orbit the world for many years.

Over the last few weeks, the Starlink project hit a couple of fairly significant milestones. Apart from the fact that Starlink now has nearly 1000 satellites orbiting Earth, the company began beta testing in the USA and got regulatory approval to operate in Canada. While Canadians have not yet started to receive the new Starlink products, the USA’s beta testing has been going on for weeks now. PC Mag reported that most people testing the new internet appear to be reasonably happy with the product.

Most of the feedback shared by PC Mag confirms that users are generally getting download speeds between 50Mbps and 150Mbps and uploads speeds between 10Mbps and 40Mbps, which is significantly faster of what rural area consumers usually have. The interviews also showed that weather would be playing a big part in the quality of the service, so the upcoming results from the beta testing in Canada, a country with generally harsher weather than the USA, will undoubtedly be interesting.

If you are interested in becoming a beta tester, you have to live in a rural area in the USA or Canada, and you must be situated between 44 and 52 degrees latitude. A few weeks ago, SpaceX began sending the first invites for Starlink’s pubic beta. The service’s cost is $99 per month and comes with an initial $499 one-time fee. Starlink is shaping to be the next big cash cow for SpaceX and will help Elon Musk move on with his life-long plans to help humanity settle on the Moon and Mars eventually.

Starlink’s ability to deliver internet around the globe will likely increase the number of people with access to the internet. While this is good news for many, it is also bad news as this means that there will be more prey for hackers. No matter what internet provider you are using, having high-standard antivirus software installed on all your connected device is a must.